The Science of Speaking – The Steve Spangler Way

Steve Spangler discovered that the ink from a Pilot Frixon brand pen magically disappears when exposed to heat, and the ink reappears when you put the piece of paper in the freezer. He posted a YouTube video showing all of the cool things you could do with Pilot’s latest pen. After seeing the video, Pilot reached out to Steve with an offer to partner in hopes of collaborating on other videos and future projects.

This is just one example of the brilliance of Steve Spangler.

Last year, Steve starred in his Daytime Emmy nominated series on FOX called DIY Sci where he did what he’s been doing for years—amazing audiences with impressive, yet down-to-earth, approaches to science and learning. And the first thing many speakers ask Steve is, “How can I get a show on FOX?”

It’s just like when he was asked how he got a weekly spot on a local television station or how he became a regular guest on the Ellen Show. Many speakers want to discover the shortcut to success, fame, and fortune. Well, the shortcut to becoming an overnight success requires hard work night after night after night. And, ironically, most of us are not willing to take that particular shortcut. Steve, on the other hand, has made a science of it. 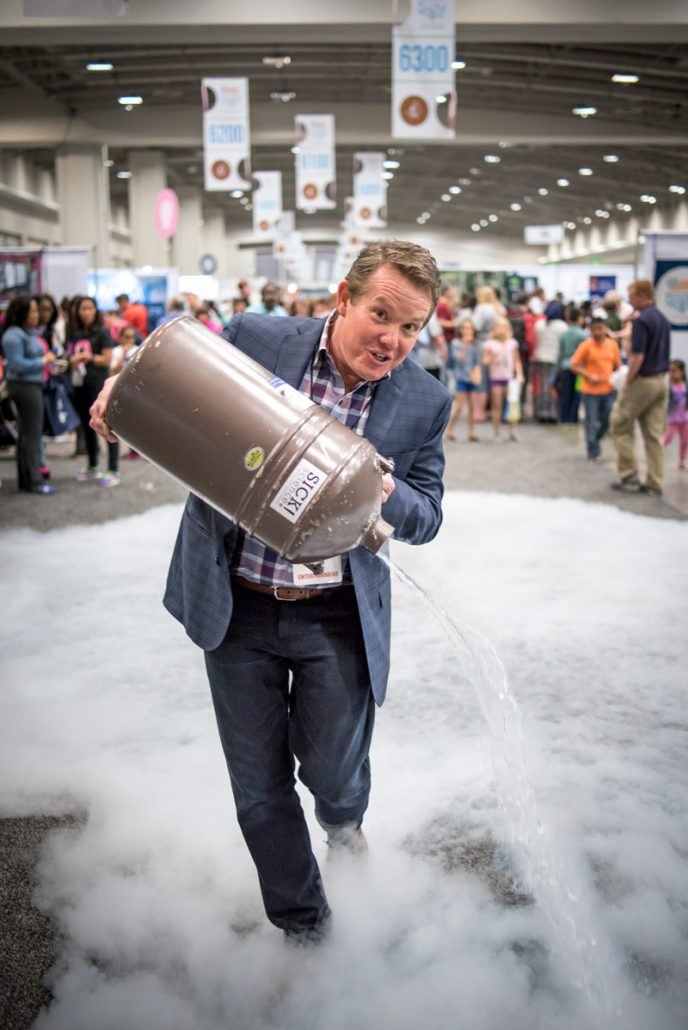 Steve Spangler’s career could be summarized like the instructions on a shampoo bottle but instead of “Lather-Rinse-Repeat,” his would say, “See a Need-Meet it-Repeat.” And it’s no coincidence that this approach is kind of like the scientific method. Steve has applied the very same formula to his content, his products, and his business. And it works.

See a Need (aka Pay Attention)

You may think of Steve as a television personality, an engaging speaker, or a humorist with a science slant. But when it comes down to it, one of his greatest attributes is that he simply pays attention.

For instance, when Steve was young, his father came home from work one day and admitted that he hated his job as a corporate executive. Steve’s mother suggested that he quit—and that’s exactly what he did. But they had no idea what they would do to replace his income. So they pursued the most obvious path—teaching magic to magicians! Steve’s father was also a highly acclaimed professional magician who wasn’t afraid to take a risk. OK, maybe it’s not the most obvious path but it worked for them. And all the while, Steve was paying attention.

He not only watched his parents build a business, he also saw them teach magicians how to perform onstage. His brain absorbed the information and it later influenced his own work.

Steve was fresh out of college working as a tech for an audio-visual company when he was contracted to set-up a sound system for a guy named Mark Scharenbroich. Steve paid attention during Mark’s presentation and the next fifty-five minutes changed his life. Spangler could only imagine that Scharenbroich’s amazing performance must have come from years of honing his craft in front of audiences every day. Steve was already working on creating a traveling science show, but he knew that he needed to step up his game and find an opportunity to work on his skills as a speaker every day – just like Scharenbroich. That’s why he focused on the elementary school market where he could speak 3 to 5 times, 120 days a year for the next 13 years. He paid attention, discovered an opportunity and put his plan into motion.

Next, a chance encounter with a teacher at one of his assemblies made Steve realize that perhaps teachers needed skills to better engage with their students. And when several school districts inquired about professional development for their teachers, Steve paid attention and developed one of the first STEM institutes for educators.

Finally, one of the most significant times he was paying attention was when he saw the future of online video in the early 2000s. Featuring do-it-yourself science videos on his YouTube channel turned into millions of views, requests to appear on network television shows, and ultimately his own TV series on FOX – Xploration DIY Sci.

So the question is, are you paying attention to your customers? Or are you so focused on creating content that you’re not seeing new opportunities to take your work to a new place? Steve has always paid attention. And then once he saw a need, he developed a way to meet it.

Meet the Needs (aka Respond)

One of the hardest aspects of the speaking business is doing the work—the research, the development, and the time spent creating the final products and services. All of this behind-the-scenes work is not nearly as glamorous as the time onstage. And unfortunately, this is why many new speakers leave NSA after their first year. They realize how hard it is to do the background work.

Steve has been successful because he does the work. When you see thousands of film canisters explode on the Ellen Show, you begin to realize the work that’s involved.

One can’t imagine Steve ever saying, “That’s too hard” or “We can’t do that.”

Instead, he just does it.

Early in his career Steve built and packaged (in zip locked bags) his own hands-on science kits in the basement of his home. He saw that teachers needed inquiry-based materials to enhance their curriculum, so he and his wife, Renee, developed a way to meet that need.

Steve’s mantra has always been, “How would we do that?” And when he didn’t know how, he found people who did. For instance, as Steve’s product line began to grow, he needed greater distribution. So, he contacted a large company that already had a presence in the big discount stores and inquired about their distribution processes. The company representative referred him to their marketing team who was then instrumental in getting Steve’s products in over 3,500 stores all over the country. He simply did the legwork necessary to meet the need.

How are you responding to the needs of your clients? Are you meeting them or are you just pushing out generic products and services? Once you land on the right match, then repeat the process to fine tune it.

Several years after their first encounter, Mark Scharenbroich shared a thought with Steve… “How can you get good if you’re not doing 8-10 programs a month?” Steve paid attention and focused on “stage time” just as a pilot would log hours in the cockpit. In fact, before Steve ever joined NSA, he had delivered 4,500 school assemblies in an effort to get better and log his hours on stage. And in the process of this massive repetition, he discovered ways to better engage with his audience and to create greater impact for his clients.

Back in the early 1990s when Steve was approach by NBC to host a weekly segment on a syndicated show called News For Kids, he said yes, despite the fact the” network had no money for an educational program. Nearly 240 segments later (and an Emmy under his belt), Steve had used the opportunity to cut his teeth in television. But he still needed practice if he was going to get better. That’s why he pitched the idea of being a “science guy” to Denver’s NBC affiliate. The weekly segments would keep him in practice, he thought. And he was right. Over the past 17 years with KUSA, Steve has produced 1,400 segments. The repetition not only allowed him to get better, it forced him to create new and fresh content every week.

In fact, Steve is branching out beyond education because he sees a need in the corporate world. Companies want to get their messages and brands out to the public in the most creative ways possible. Steve’s videos on YouTube have over 200 million views and his engagement on Facebook has a reach of nearly a half a billion impressions. His knowledge of the science of engagement might be beneficial to sales and marketing experts. Corporations have discovered that Steve can help them by using sharing his scientific approach to engagement to better connect and create unforgettable experiences that spread like a virus.

Are you taking advantage of repetition? Are you speaking, writing, or producing enough to help you see the opportunities to get better?

Steve Spangler’s success formula is really quite simple. You just need to use a scientific approach – find a need, meet it, and repeat. It just takes work. Are you willing? Steve is. And for anyone who has experienced the Spangler Effect, you know that the result is magic. 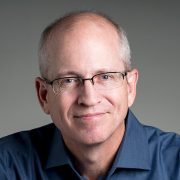 Ron Culberson, MSW, CSP, CPAE is a speaker, humorist and author of four books but he is not nearly as successful as Steve Spangler. He was, however, the 2012-2013 president of the National Speakers Association. There’s that.

The Best of Steve Spangler on 9News
Scroll to top