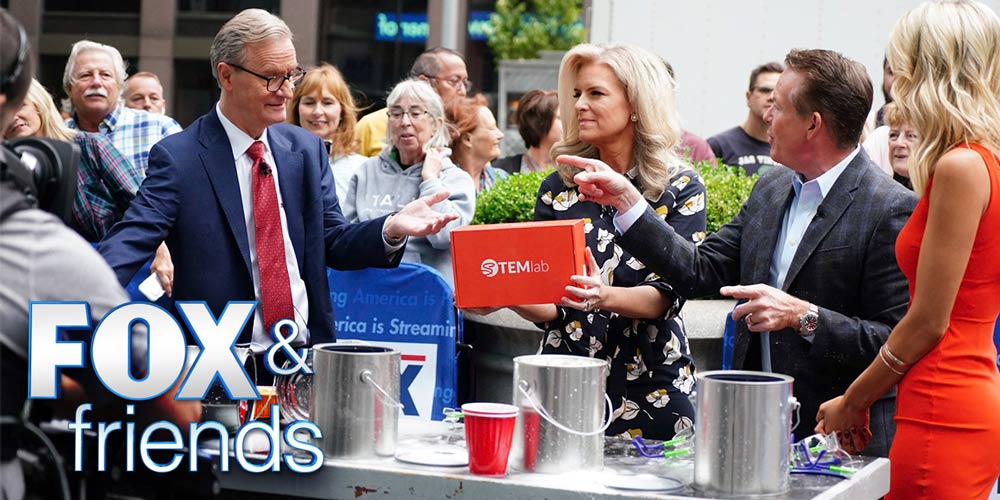 NEW YORK – Paint cans filled with baking soda and vinegar were exploding and a steel, 55 gallon can was crushed using just the power of air pressure. Science guy Steve Spangler returned for a double-header of science fun on both the weekend and weekday editions of the morning news show. Viewers also learned about Steve’s popular STEM based kit of the month club called Spangler Science Club.

Just when you thought a science guy would never touch the old vinegar and baking soda experiment, Steve adds a twist and turns the reaction into a crowd favorite (and also a favorite of his dry cleaner). Mixing vinegar and baking soda creates carbon dioxide gas that’s normally just released as harmless bubbles. But this time Steve decided to trap all of that gas in empty paint cans. His time-delayed reaction allowed the paint cans to sit on the table without any fear of them going off until the cans were shaken. When the vinegar and baking soda mixed, the lids of the cans popped off with great energy and a great reaction from the live audience that had assembled outside.

It’s easy to crush a soda can using the power of air. Place a small amount of water in an empty soda can and heat the water to boiling. Use tongs or while wearing heavy gloves, dip the mouth of the soda can into a bowl of water and watch the can crush. The heat turns the liquid water into a gas while forcing air out of the can. Dipping the mouth of the can in the water forms a seal, the water vapor condenses and the outside pressure crushes the can. 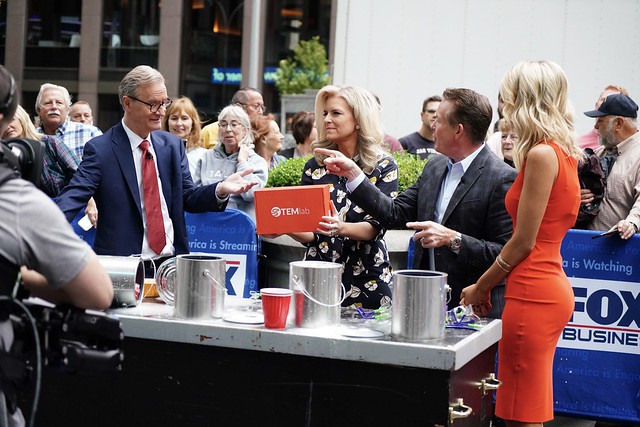 As Steve says, anything worth doing is worth over doing. That’s why the big finale for the segment was an attempt to crush a 55-gallon drum made out of steel. What most viewers at home don’t appreciate is that it’s indeed a steel drum! You couldn’t use a baseball bat to do the kind of destruction that condensing water vapor and air pressure will inflict on this drum. The props and the set-up just get a little bigger. A hot plate is replaced with a 10,000 BTW burner, the soda can is replaced with a steel drum and the bowl of water becomes a kiddie pool filled with ice water.

“We’ve done this demo a few dozen times over the year and it’s not as easy to pull off as it looks,” says Bryan Higgins who heads up the Steve Spangler demo team. “The trick is to make sure you have a rolling boil on the water in the can. Then you have to make sure everyone knows what to do next because you’re battling against the clock. Cut the gas, seal the drum with the plug and somehow get the hot can into the swimming pool before it implodes. When it happens correctly, the demonstration is unforgettable!” 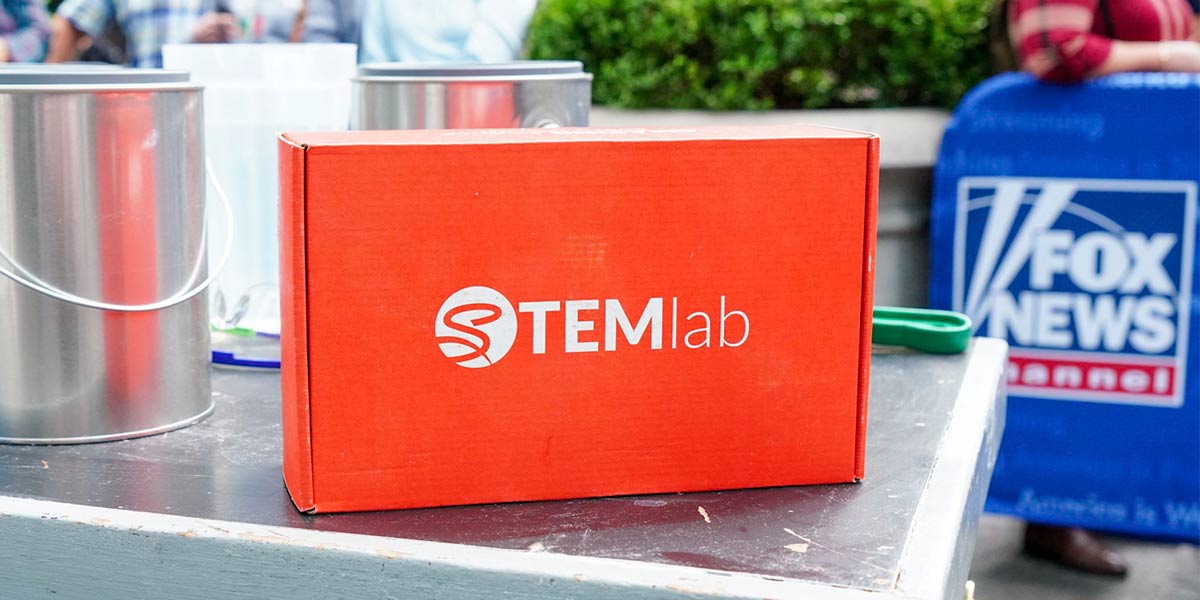 Why does Steve do this? He’s driven with a passion to create experiences that get people of all ages talking and exciting about science. “Now is such a pivotal moment in history to inspire this next generation of scientists and engineers. As an educator, we have to take every opportunity to make sure children know about the STEM-based careers that are just waiting for them in the future,” said Spangler who isn’t shy about speaking his mind on any television show. “Making slime and doing cool explosions is all well and good, but the ‘wow factor’ must be accompanied by a strong call to action that reminds students that our country is in need of future scientists and engineers. The possibilities are limitless.”

Spangler never misses an opportunity to share his kit-of-the-month club. A subscription to the Spangler Science Club gets you a new box of wonders delivered to your doorstep each month. The science experiments and STEM challenges help to strengthen critical thinking skills and reinforce fundamental science concepts with eye-catching experiments guaranteed to get ooohs & ahhhs!

Book Steve Spangler as a guest on your show